December 8, 2020 UPDATE: The city held a vote and by an overwhelming majority, but few votes, it was decided to cancel 2021 Carnival.

Carnival occurs over 6 days and includes many events.  There are 2 big parades down the Malecon, big coronation shows at the Teodoro Mariscal Baseball Stadium, and a big party at Olas Altas.  Since it is Mazatlán, there is a lot of Pacifico beer flowing!  We will give you a list of the Carnival Events and provide details that will allow you to decide whether to go to them or not.

There are many shows and events that take place as part of Carnival: 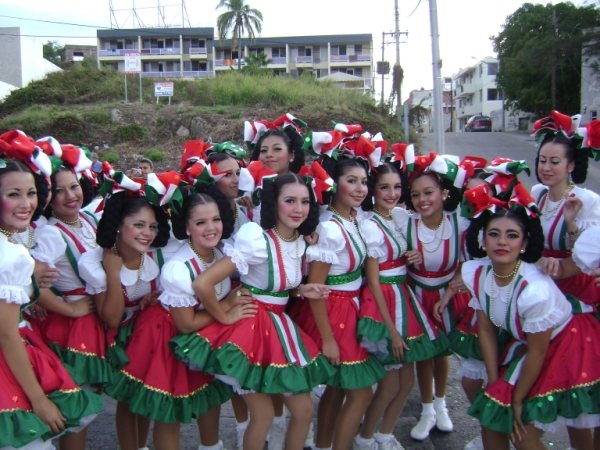 Carnival runs from a Thursday to Tuesday(Mardi Gras Day or Fat Tuesday or Shrove Tuesday).  This Tuesday is significant in the Catholic religion because it is the last day of feasting before Lent begins on the Wednesday(Ash Wednesday).  Lent is a period of 40 days(not counting Sundays) of fasting prior to Easter.  The tradition now is for Lent is to choose to give up something during this period or volunteer rather than actually fasting.

Usually a few weeks before Carnival, about 10 giant multi-coloured carnival figurines (called 'Monigotes') go up on the Malecon.  These figurines are based on the theme of the current year's carnival.

Closer to Carnival...Tickets for the paid events can normally be bought at the Cultura 9am-5pm, Angela Peralta Theatre 9am-2pm and 4pm-7pm, La Gran Plaza 10am-8pm, Plaza Acaya 10am to 8pm. 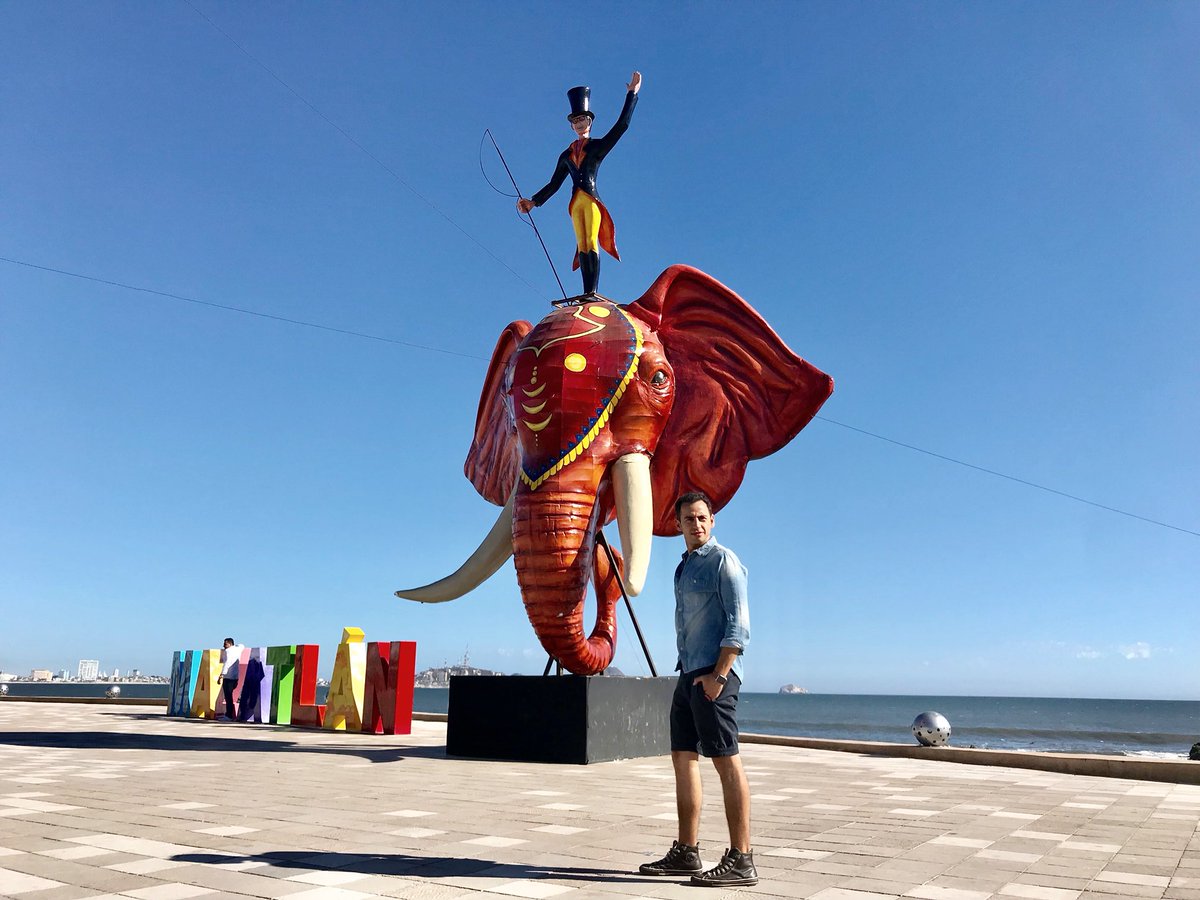 A few weeks before Carnival starts, giant multi-coloured carnival figurines (called 'Monigotes', i.e. puppets) go up around town on the Malecon and in the Plaza Machado.  These figurines are based on the theme of the current year's carnival. 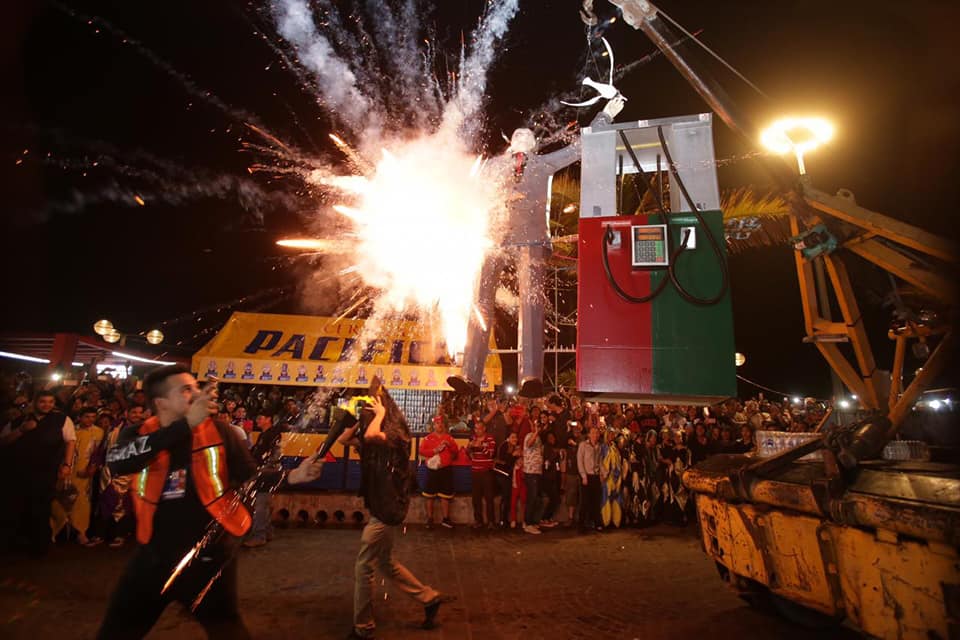 Bad Mood Riddance (Quema del Mal Humor) is an event where a giant puppet which is an effigy of a famous person is loaded with fireworks and set affire in an effort to get rid of bad feelings.  This all takes place in Olas Altas near the Deer monument.  For 2019, a giant puppet representing Peña Nieto, the former president of Mexico will be burned! 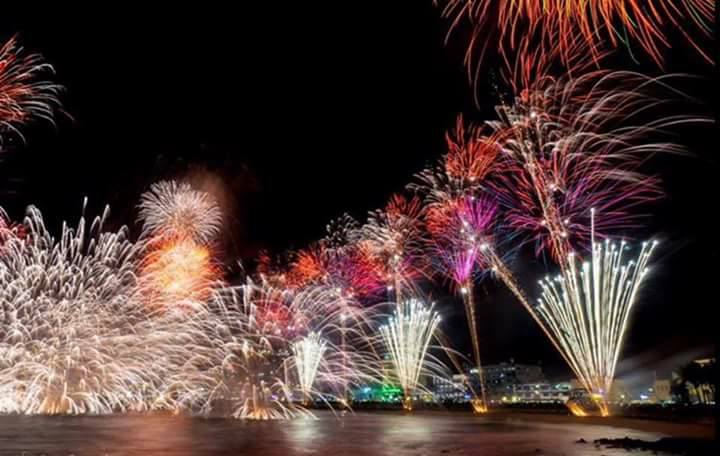 The Naval Combat Fireworks (Combate Naval) is one of the most popular annual events during Carnival in Mazatlán.  It takes place on the Saturday of Carnival at Olas Altas.  This event consists of extravagant fireworks.  The historical implication of this event is that in 1864, the French naval ship Cordeliere tried to invade Mazatlán.  The residents of Mazatlán fought back and held off the attack.  This event is meant to commemorate this victory in battle!  This is a family friendly event.

For 2020, there were were lots of syncronized drones which added a new element to the show by spelling out words and showing various shapes. 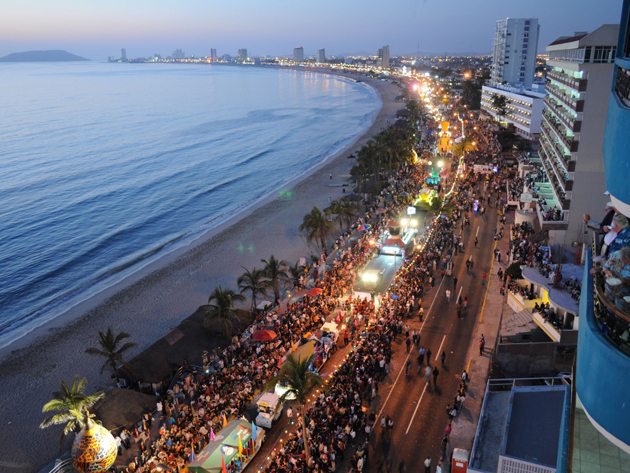 The Inaugural Parade (Primer Desfile de Carnival) is the first of the two big parades with huge floats along the Malecon.  This parade takes place on the Sunday of Carnival.  This parade starts at 5pm and goes along the Avenida Del Mar from Sister Cities Park(Parque Ciudades Hermanas) to Fiestaland (Avenida Rafael Buelna).  The Malecon fills with about half a million people to watch the parade go by.  In 2020 there will be 33 floats and 28 other groups.

For days before, people set up chairs to rent and try to reserve the best spots for viewing the parade.  The city has been trying to crack down on this, but with limited success! &bnspThe city seems to be allowing people that show up with a few chairs and umbrellas to set up for a family, but not those that show up with hundreds of chairs.

The parade goes along the southside lane of the Malecon.  The northbound lane is also closed for spectators. 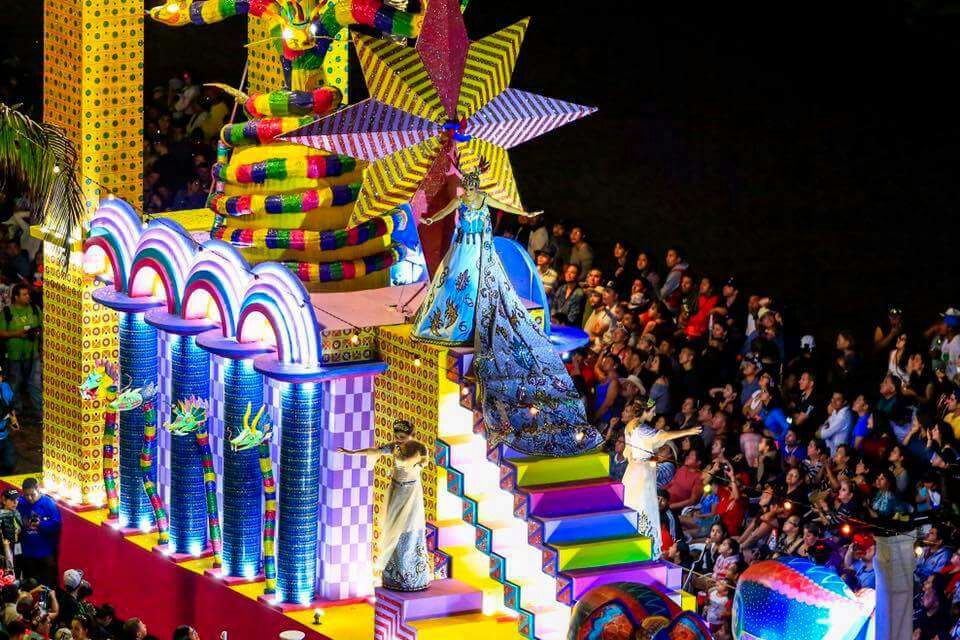 The Second Parade (Segundo Desfile de Carnival) is the second of the two big parades with huge floats along the Malecon.  This parade takes place on the Tuesday of Carnival.  This parade goes along the Avenida Del Mar from the Mazatlán Aquarium to Olas Altas.  The Malecon fills with people to watch the parade go by.

The parade goes along the southside lane of the Malecon.  The northbound lane is also closed for spectators.

When is the 2021 Carnival in Mazatlán, Sinaloa, Mexico?

When are the 2020 Carnival Events in Mazatlán, Sinaloa, Mexico?

The dates for the 2020 Carnival events are:

When is the theme of the 2021 Carnival in Mazatlán, Sinaloa, Mexico?

The theme for the 2021 Carnival in Mazatlán, Sinaloa, Mexico is "Lanao, un viaje por el tiempo" (Lanao, a journey through time). 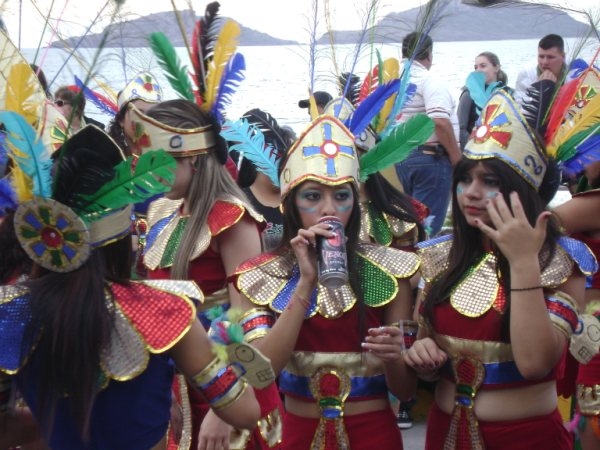 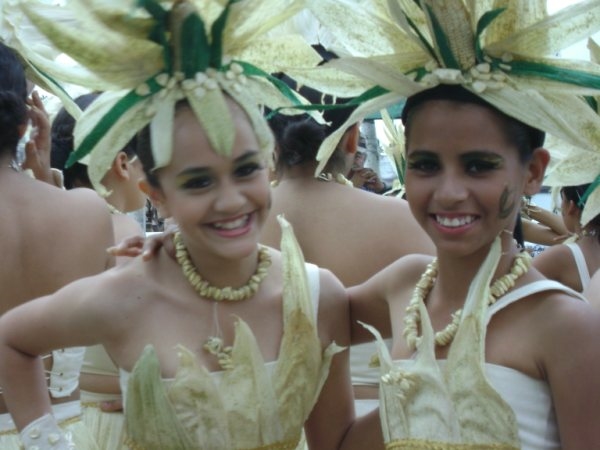 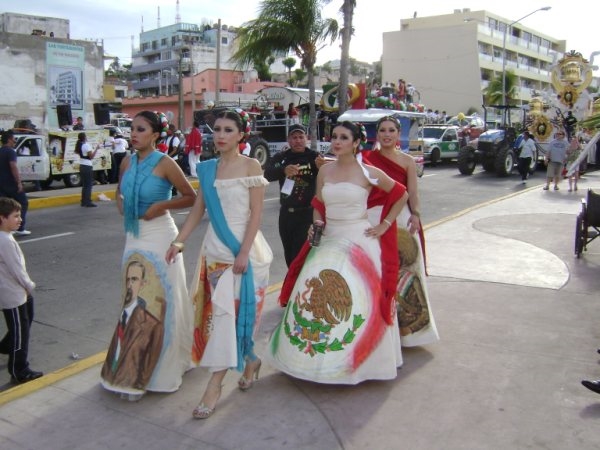 This website also has a complete guide to Mazatlán including lots of information on Attractions, Activities, Hotels, Restaurants, Shopping, Entertainment, Services, and things you will see Only in Mazatlán!